Ibrahim Qunanbaiuly (Abay), 1845-1904, founder of Kazakh classic literature, representative of the enlightening Islam, was also a great patriot, public figure, reformer statesman and consummate fighter for the prosperity of his fellow compatriots. His leadership is compared to that of Madiba.

The leaders of the Kazakh Patriotic Movement ‘Alash’ in the first quarter of XX century saw him as their inspiration and spiritual predecessor. Abay used to love to repeat the words of the Prophet Muhammad (S.A.W.): “A good man is one that benefits the people”.

He was also known to be a great Kazakh poet, composer and philosopher. Kazakhs revere Abay as one of its major folk heroes to enter into the national consciousness of his people. His oeuvre (creative works and activities) became the spiritual legacy of Kazakhstan and enriched its nation and culture. He won extraordinary authority and popularity, which was previously unknown in the Country of Great Eurasian Steppe – another name for Kazakhstan.

Before him, Kazakh poetry was oral, echoing the habits of nomadic people of the veldts. In his elegant verses and prose, which express great patriotism, Abay raised acute topics of Kazakh mode and way of life, morality, law, and national education of that time. Whereupon he never lost faith in the strength of the Kazakh people and stemmed out its folk culture.

Very soon the entire world community will celebrate Abay’s 175th Birthday Anniversary. Yet, he was born on 10 August 1845 in East Kazakhstan Region, in a religious Muslim family of Kazakh aristocrats. His father was Qunanbay Hajji, Senior Sultan of Qarqaraly, while his ancestors dominated in that part of Kazakhstan as governors and judges.

Ibrahim was lucky in the sense of cosiness and family education, as his mother and grandmother were extremely gifted and charming natures. Due to his thoughtfulness, which differentiated him from other children, his mother granted him his famous second name (pen-name) Abay, which means ‘attentive’ in Kazakh.

Homeschooling and introduction to the folklore started in his early childhood and was continued at Madrasah of Imam Mullah Ahmad Riza. He began his literary activities as a teenager and his first poems were written, when he was 12. From the age of 28, the poet thoroughly studied the poetic creativity and philosophical treatises.

Abay was multifaceted personlity. Along with Islamic and Eastern classics, he also studied the works of Aristotle, Socrates, Spinoza and Spencer. Similar to the Second Teacher of the World, Al-Farabi, Great Eastern philosopher of Turkic origin, he mastered many languages, translated many foreign authors, while promoting ideas of humanism and dialogue among civilizations.

Within 20 years Abay bloomed as a versatile genius. Ibrahim participated in the governing of the country, improving its social affairs and played a role in solving acute problems justly. His far-sighted vision and progressive views affected the thinking of his people.

Because of his creative activity, Abay left a vast literary legacy to the world community, in which the author praised the beauty of nature, as well as wisdom, and diligence of his people. Abay masterfully implemented the fresh ideas in literary forms of his works, while employing previously unknown innovative techniques. His poems are imbued with love for his homeland and described the way of life in the nomadic villages (‘auls’). He also condemned the imperial usurpers and governors, and convinced the people of the need for enlightenment, and called for a fight against social evils.

In the poems, ‘Tale of Azim’ and ‘Masǵut’, the author reveals to the reader his own ideals, the central idea of which is to celebrate labour, social and moral justice, humanity, reason, and service to the people.

In his poem ‘Eskendir’, the poet expresses his attitude towards the historical figure, Alexander the Great. The author condemns the conqueror’s greed, setting him against the eminent philosopher Aristotle.

In Words of Edification (‘Ǵaqliya’), the poet acts as a demanding mentor and thoughtful thinker. In wise aphorisms, the author presents to the reader issues of culture, morality, history, pedagogy, labour, and the community of nations.

Words of Wisdom (Qara Sözder), along with Words of Edification, take a special place in the Abay’s legacy and constitute ethnic philosophical treatises, elaborated on the basis of exploration of Kazakh national life in the second half of the XIX century.

In addition to his literary work, Abay also wrote music. More than 20 tunes and compositions, originated by him, were widely used further by famous composers in creating operas and many symphonic poems.

The philosophy of Abay is remarkably close to the legacy of Rolihlahla. For instance, Abay states in one of his Words of Wisdom: “Life is lived – I argued, fought, judged, having many troubles, while meeting and addressing challenges, and, of course, tired. And I feared in aimlessness of everything done”.

Madiba – “I have walked that long road to freedom. I have tried not to falter; I have made missteps along the way. But I have discovered the secret that after climbing a great hill, one only finds that there are many more hills to climb. I have taken a moment here to rest, to steal a view of the glorious vista that surrounds me, to look back on the distance I have come. and I learned that courage was not the absence of fear, but the triumph over it. The brave man is not he who does not feel afraid, but he who conquers that fear”.

Yet, it is therefore natural to recollect also one of Abay’s couplets which goes:

Rises the Sun and sets the Sun.

Time is always on the run.

Undoubtedly, it is only through far-sighted wisdom in such leaders like Abay and Madiba, that a concept can be nurtured, executed and developed into a tangible form resulting in desired outcomes.

Both leaders touched upon various aspects of human life. Below are comparative quotes that both leaders said about a person’s inner condition, their life priorities, goals, aspirations, and relationships:

Abay: He who shouts in anger is harmless.

Madiba: Resentment is like drinking poison and then hoping it will kill your enemies.

Madiba: Everyone can rise above their circumstances and achieve success if they are dedicated to and passionate about what they do.

Abay: Human dignity is determined by the path that one takes to the end, not by whether one achieves it. Hence, eminence and nobleness are defined by approach, not by completion of that path. The worst person out there is one with no aspiration. Modesty, which derives from weakness, is not dignity.

Abay: Unemployed people and empty youth are disaster to the country. We need to meet and tirelessly address this challenge.

Madiba: As long as many of our people [predominantly youth] are still without jobs, no South African should rest and wallow in the joy of freedom.

Madiba: Do not judge me by my successes, judge me by how many times I fell down and got back up again.

Abay: But fate lifted you up, and your well-wisher is you. The only reason, science, will and conscience that elevate man.

Abay: Educate the will: it is the armour that preserves the mind. Be reasonable, fortify your spirit in the struggle, only the untalented submit to fate.

Madiba: Difficulties break some men but make others. No axe is sharp enough to cut the soul of a sinner who keeps on trying, one armed with the hope that he will rise even in the end.

Madiba: Your tireless and heroic sacrifices have made it possible for me to be here today. I therefore place the remaining years of my life in your hands.

Abay: The most beautiful thoughts dim after passing through the people’s mouths. And when your thoughts and dreams are shared by all, it means you have achieved happiness.

Abay: Who labours only for himself is like cattle that fill his belly.

Madiba: There is nothing more important in life than giving. Tolerance is forged when people look beyond their own desires.

Madiba: We can change the world and make it a better place. It is in your hands to make a difference. I stand here before you not as a prophet but as a humble servant of you, the people.

Abay: Do decent works for humanity, for world. Pray not that you are the son of your father; pride yourself on being the son of a people.

Abay: Knowing another’s language and culture makes a person equal to those people.

Madiba: When a man is denied the right to live the life he believes in, he has no choice but to become an outlaw.

Abay:But if I were in power, I would cut off the tongue of anyone, who claims that a person is irredeemable.

Let us follow this incredible wisdom of two continents. Yet, as it was said once by Abay: “Human being, who memorizes the words of the wise, becomes wise himself”.

Since Abay’s great works became a spiritual patrimony of not only one nation, but of the entire humankind, the name of Abay nowadays remains well-known worldwide. He left a literacy legacy, just as Shakespeare and Göthe (Europe); John Langalibalele Dube, Samuel Edward Krune Loliwe Ngxekengxeke Mqhayi and Chinua Achebe (Africa); Ahmad Yasawi, Yunus Emre, Imru’ al-Qais, Omar Khayyam, Li Bai and Rabindranath Tagore (Asia and Middle East) and many others.

Embassy of the Republic of Kazakhstan in Pretoria 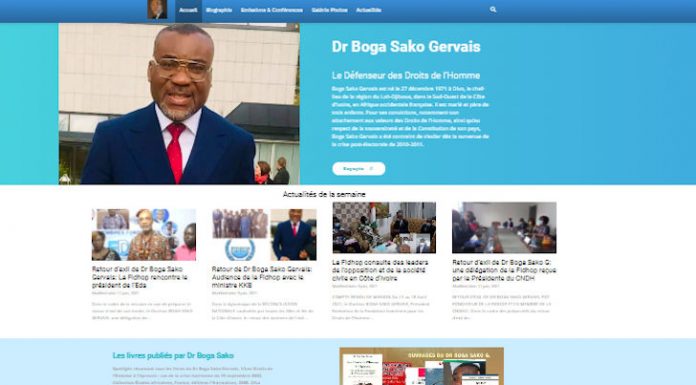